You are here: News / Our launch beers 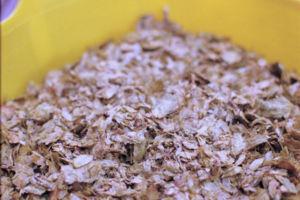 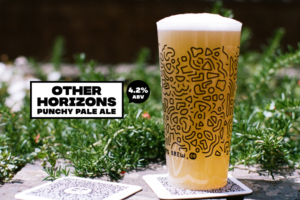 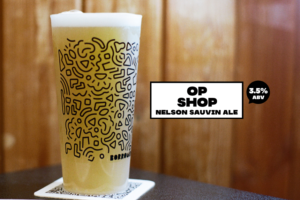 We thought it was time we said something about the beer eh!

For our flagship launch beer, we set out to make a pale ale that would be crushable, aromatic and refreshing. A lower ABV beer full of flavour and body. And to do so on a tight budget, using a brewing system that was designed and installed to make small batches of cask ale. Thus was born Other Horizons, our 4.2% punchy pale ale.

On the ‘hot side’ for bittering, we use UK grown Chinook and Cascade, two North American craft staples grown under the grey pall of English skies. This brings spicy and earthy tea-like qualities. On the ‘cold side’, we dry hop using Azacca and Columbus, which gives a bright herbal and citrusy balance.

Nearing our launch window, we lucked into a pile of Nelson Sauvin leaf hop that the owner needed rid of. Nelson Sauvin is a famed variety grown in New Zealand’s hop and wine district and coveted by craft brewers. We weren’t intending to dive into real ale at this point, but knew if or when we did, we wanted to make something a little different.

Adapting our existing malt base and using a West Coast style yeast, we developed a dry, grapefruity 3.5% table beer. A byproduct of brewing on the system we have is that any cask ale we make will always be hazy, which gives the beer a glowing yellow colour. And like all our recipes, it is vegan.

In Australia and New Zealand, second-hand shops are called op shops, short for opportunity shops. This term was coined by a former Melbourne showgirl in the 1920’s named Lady Amelia ‘’Millie’’ Tallis, who wanted such outlets to be treated with the dignity they deserved.

So there you have it, our launch beers! We feel they nicely live up to our brewery’s moniker of Borrowed Parts.